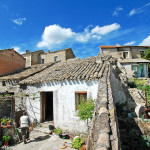 Escolca, my sweet Escolca, a small village of about 600 inhabitants ( a small population) in the province of Cagliari, a small and graceful agricultural borough of the low Sarcidano proudly nestled on the southern slopes of the giara of Serri, which stands above the valley of Gergei and its splendid olive trees : hills and plain, temperate climate and purest air.
Escolca (in Sardinian Iscroca) spreads itself on a vast valley which, slopes down elegantly from the above mentioned giara and reaches the Trexenta at the Marmilla. The village touches the outskirts of Isili, Mandas, Serri e Gergei and is divided into four wards or townships. In the Spring, the land becomes an intense green and the fields take on the hues of the beautiful natural flowers of inland Sardinia. (periwinkles, orchids, cyclamens). The village is situated on a strategically central carrefour, a paradise as yet undiscovered by mass tourism, a land rich with antique monuments like the Mogorus nuraghe, which still is to be dug out and is probably complete.

The village is a constant series of lanes going up and down with a late gothic church, Santa Cecilia, in the middle, built in the fifteen century, in which I used to play hide and seek as a child. We know that this church was expanded in 1583, that the bell tower dates back to 1681, the clock was added in 1827 and the altar is made of marble and was placed there in 1804. Luckily, I am not that old.
In the past, Santa Lucia was the Parish church, nowadays it is a bit outside the village but it might have been the center of the first nucleus of Escolca. From the terraced churchyard of Santa Cecilia one can enjoy the full panorama of the whole valley. Just outside the village, going up the hill, there is the country church of “Vergine delle Grazie”, which deserves a visit. The church is called Is Bingias because of an inscription on its bell. (1579). In the XVth century, on the same site, there was the Convent of Romitani of S. Augustine, which, at the end of the century, contributed to the building of the church. From 1649 up to 1747, it was a convent of Trinitarian monks; in 1876 the church got restored thanks to the population’s donations, and still nowadays, on the 2nd of July, there is the celebration of the Vergine delle Grazie which takes place in an atmosphere of deep devotion, in which the statue is carried during a procession and mass is celebrated with sung rituals.

As we know the local economy is agricultural. The region of Escolca is protected from the north wind by the plateau of Serri and traditionally is devoted to the cultivation of wheat and olives trees, as if it were in the genetic code of the population : the evidence are the family olive trees plantations which are looked after with a wise know-how, the excellence of the olives and of the resulting extra virgin oil, fruity and light, greatly valued by the Sardinians and abroad as a high grade typical product. The full-bodied red wine should also be mentioned and in the 19th century, the vineyard used to cover two hundred hectares. The countryside around Escolca produces excellent durum wheat, and the quality of the natural pasture on which the many herds feed is excellent too, although nowadays there is less farming. In the past, they also used to cultivate saffron, which is now returning to popularity. 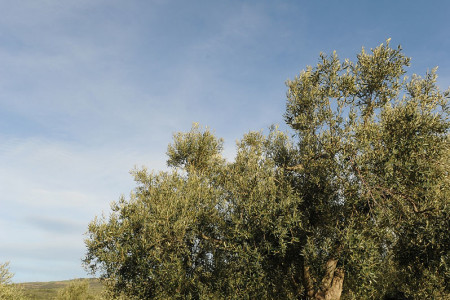 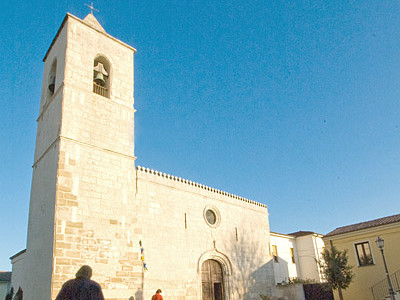 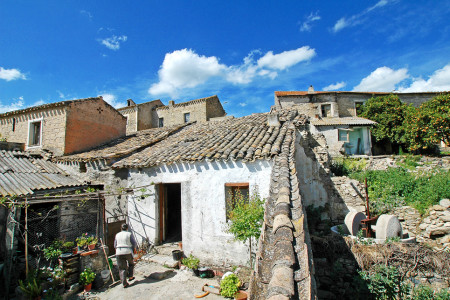 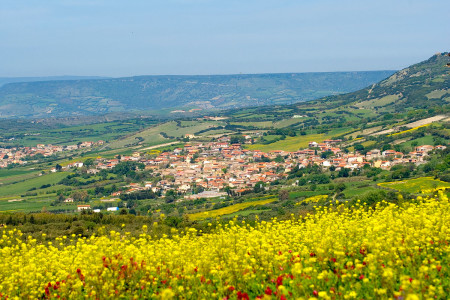